The existence of full-stack developers is one of the most debated topics in web development. A lot of people think it's impossible for someone to have sufficient knowledge in the entire stack to be able to call themselves a full-stack developer. This is what they generally think of. 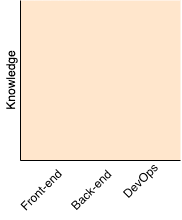 Let's call these people "square" developers. They can be asked to write the front-end, back-end, and handle DevOps for an application and will do all of them excellently. These developers are so rare they might as well be a myth.

Most other developers fall into one of these other categories or a variation of one of them: 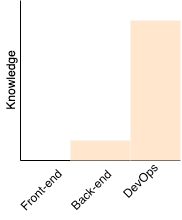 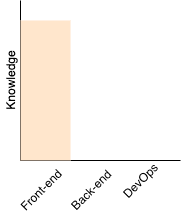 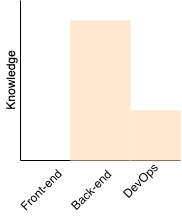 These developers are hired as a front-end engineer or a back-end engineer and are only expected to contribute in that way. This is fine for some people, especially entry level developers who are still working on being proficient in just one of the levels of the web stack. But for developers who want to climb the corporate ladder, create the next unicorn startup, or just become more valuable to their teams, having a knowledge of all parts of the stack is crucial.

I am extremely passionate about learning and I believe it is essential as a software developer, given how fast things change in this industry. The hope behind Full-Stack HQ is to help developers expand their breadth of knowledge in areas that might be outside of their current comfort zone, or to dive deeper in their main area of strength. My goal is to help create "T-shaped" developers that have an expertise in at least one area, and knowledge of all other areas. 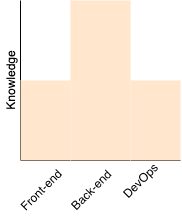 Have fun and happy developing!